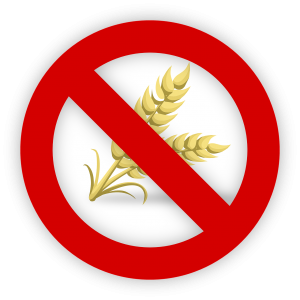 Jess had some immune system blood work done recently and one of the elevated markers was IgG4. IgG is, “Immunoglobulin G (IgG) is a type of antibody. Representing approximately 75% of serum antibodies in humans, IgG is the most common type of antibody found in blood circulation.[1] IgG molecules are created and released by plasma B cells. Antibodies are major components of humoral immunity. IgG is the main type of antibody found in blood and extracellular fluid, allowing it to control infection of body tissues. By binding many kinds of pathogens such as viruses, bacteria, and fungi, IgG protects the body from infection.
It does this through several mechanisms:

IgG-mediated binding of pathogens causes their immobilization and binding together via agglutination; IgG coating of pathogen surfaces (known as opsonization) allows their recognition and ingestion by phagocytic immune cells leading to the elimination of the pathogen itself;

IgG activates all the classical pathway of the complement system, a cascade of immune protein production that results in pathogen elimination;
IgG also binds and neutralizes toxins;

IgG also plays an important role in antibody-dependent cell-mediated cytotoxicity (ADCC) and intracellular antibody-mediated proteolysis, in which it binds to TRIM21 (the receptor with greatest affinity to IgG in humans) in order to direct marked virions to the proteasome in the cytosol;[2]

IgG is also associated with type II and type III hypersensitivity reactions.
in the first six months of life, the newborn has the same antibodies as the mother and the child can defend itself against all the pathogens that the mother encountered in her life (even if only through vaccination) until these antibodies are degraded. This repertoire of immunoglobulins is crucial for the newborns who are very sensitive to infections above all for the respiratory and digestive systems.

IgG are also involved in the regulation of allergic reactions.
https://en.wikipedia.org/wiki/Immunoglobulin_G

Dr. Andrew Weil in his web article entitled, “Best Test for food intolerance” https://www.drweil.com/health-wellness/balanced-living/healthy-living/best-test-for-food-intolerance/ quotes a doctor he respects and says, “Dr. Horwitz notes that when food sensitivities – not true allergies – are a problem, traditional allergy tests such as the IgE RAST blood tests or skin prick tests often yield negative results. He says that in his practice, he has not seen uniformly good results with IgG anti-food blood tests, applied kinesiology (muscle strength testing), or “live blood” microscopic analysis, all of which have been advocated by some practitioners as ways of determining food intolerances. Results “go all the way from questionable to downright useless,” he says.

Instead, he prefers to ask patients to keep a record for a few weeks of everything they eat and any symptoms that develop in response to specific foods. This can help narrow the list of foods that may be causing problems. The next step is a defined food elimination diet.
I have opted for blood tests in addition to doing and elimination diet. I started the elimination diet and then caved and ate a healthy food that we don’t usually eat of almond and coconut flour cookies. Jess got a low grade temperature so I stopped that food. I just started the elimination diet again today. And we get the blood test results back in about two weeks. So we have yet to see what foods Jess is reacting to and causing her IgG4 to still be elevated.
As of now Jess has reacted to the following foods that I am aware of

I am still wondering if she might be eating too much flaxseed or maybe something else that is still causing inflammation in her gut.