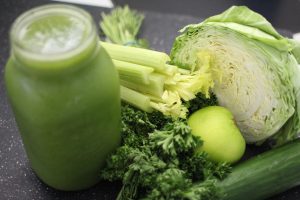 Glutathione was one of the nutrients deficient on Jessica’s lab test one year ago and in the last three months. It’s been deficient on many of my lab tests in the past and even most recently in the last three months. I have been taking glutathione off and on for many years especially when I take Tylenol, drink coffee, or eat too much of a substance my body doesn’t usually do well with.

Glutathione is a very important nutrient. It has been called the mother antioxidant, as well as other positive names in regards to it’s ability to keep you young. I recently ran across an article online that said that a glutathione deficiency could cause chronic infections which is what my daughter has had for almost a year and half.

When I was preparing to become pregnant, I was concerned about my high intake of vitamin C. I believed the hype about the study that says if you take high amounts of vitamin C during pregnancy your baby could be born with rebound scurvy. Dr. Mars author of Medical Nutrition from Mars talks about that study and how it was based on an extremely small number of participants which was two babies. The study involved two women who had each taken 400mg of supplemental vitamin C during pregnancy. the vitamin C was stopped after the births. Their babies were on formula and it was presumed that the formula had adequate vitamin C but there was no analysis of the vitamin C content in the formula. See the study here https://www.ncbi.nlm.nih.gov/pmc/articles/PMC1928976/.

Dr. Bradford one of the functional medicine doctors I went to, to figure out my supplement regimen said, “Vitamin C recycles glutathione.” I realized right away that that may have been the reason my body seemingly needed more vitamin C was for the glutathione. Listen to what Dr. Gutman says, You should never stop using established supplements like vitamin C and E. these substances act synergistically with GSH – they enhance each other’s effectiveness. We call GSH the master antioxidant because it replenishes the action of many other antioxidants.” Pg. 17

Jess and I take a liposomal form of glutathione because oral forms are not generally assimilated as well. I happen to take melatonin sometimes for sleep and interestingly melatonin has been shown to raise glutathione levels in the brain, liver, muscle, and blood. pg. 51 Dr. Gutman GSH.

Glutamine is an amino acid which is abundant in the human body. It is needed for the metabolism and maintenance of muscle as well as a primary fuel for the intestinal tract. Glutamine can boost the immune system, detox the body and support liver metabolism. It supplies the body with glutamate the second most important component of GSH after cysteine. Pg. 52 If taken orally or IV it raises glutathione levels. Jess and I have also taken this as a supplement for gut healing and I didn’t know it did this much for glutathione. Chicken, fish, pork, and beef are high in glutamine. If you are completely healthy you likely don’t need to supplement with glutamine then it could cause side effects. Pg. 53

Tell us about your experience with glutathione. I find it a fascinating substance.